How state laws define who must report actual or suspected abuse, when a report must be made, and how.

Ministers and other church leaders can learn that a minor is being abused in a number of ways, including an allegation brought forward by a victim, a confession by the perpetrator, or a disclosure by a friend or relative of the victim or perpetrator.

Dennis Watkins, the Legal Counsel for the Church of God denomination based in Cleveland, Tennessee, gets about three calls per month regarding allegations. Pastors, youth pastors, and children's ministry directors describe how they became aware of an abuse and ask for help on what to do next. In all but one instance over the years, his recommendation has been the same: report it to the state.

That's because every state has a child abuse reporting law, and often, ministers and other church leaders are legally considered "mandatory reporters" by their state. Failing to report can trigger serious consequences. 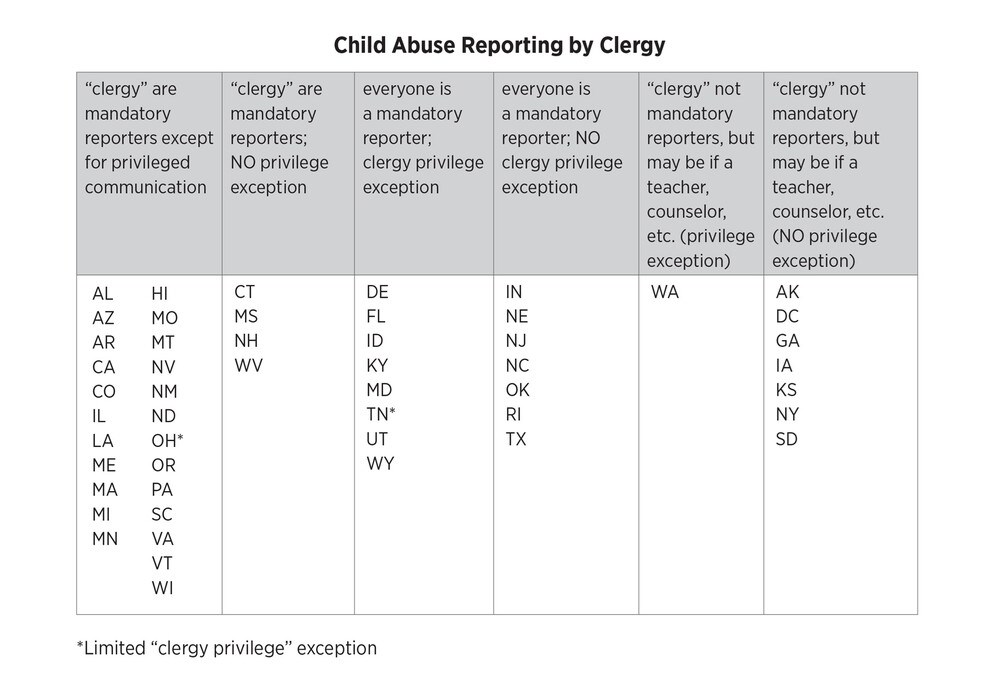