Use of Church Property by Outside Groups

Key point 7-20.03. Churches may be legally responsible for injuries occurring on their premises while being used by an outside group, if they maintain sufficient "control" over their premises during such use. 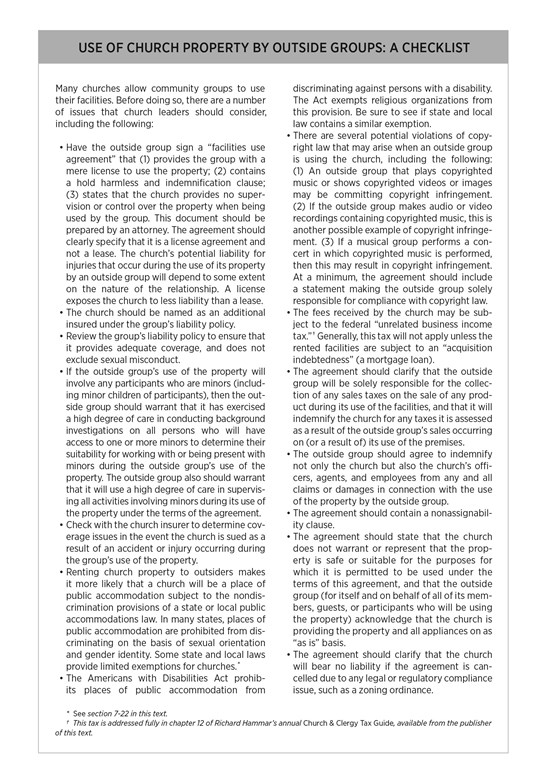