Reporting Financial Crime as a Matter of Stewardship

When misconduct arises, contacting the authorities is an act of safeguarding God’s resources.

Nearly 70 percent of churches that have experienced fraud chose not to report it to the police, according to a new nationwide survey of church leaders.

The study on financial misconduct was conducted in the spring of 2021. It surveyed 706 church leaders.

About one-third of leaders said financial misconduct had taken place in their churches. Among those churches that experienced fraud, only a third filed a report with law enforcement.

In my own experience, the vast majority of churches that know or believe financial misconduct occurred are reluctant to contact law enforcement. In fact, nearly every single time I have been contacted by a church, I was told the church’s leaders did not want to file a police report. These leaders told me they would rather handle the matter internally. This sentiment was overwhelmingly confirmed through Church Law & Tax’s nationwide survey.

A toolkit for legal and compliant business meetings

The steps to better plan, organize and allocate your organization’s financial resources

The Field Guide for Financial Operations of Ministries, Schools, and Other Public Charities

Learn how to protect your church's money.
Buy now

Reporting Financial Crime as a Matter of Stewardship 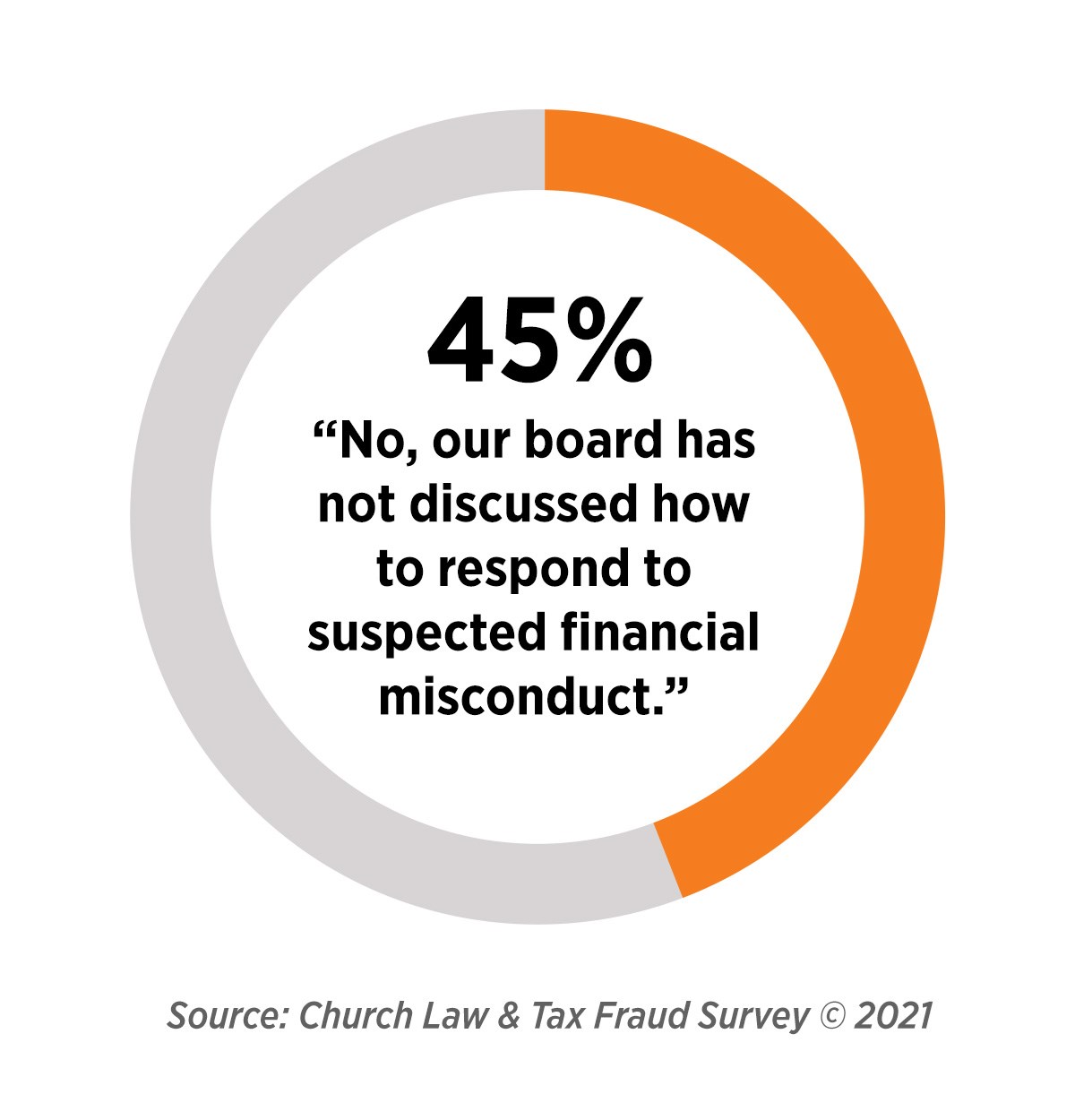