Every Church Is at Risk for Fraud. Here’s Why.

A new nationwide survey of more than 700 church leaders conducted by Church Law & Tax shows nearly one-third serve in congregations that have suffered from some form of financial misconduct.

Among those experiencing it, half said an incident occurred within the past 10 years.

Prior research conducted by other organizations throughout the past 20 years has usually pegged the figure closer to 10 percent or 15 percent for houses of worship. Still, church financial experts have long estimated that the figure was at least one-third or even higher for all congregations across the nation—a figure that appears to track closely with the new study.

“It was disheartening to see 30 percent of churches responding had experienced fraud,” said CPA Vonna Laue, a senior editorial advisor for Church Law & Tax who co-led the survey project. “It did confirm to me how prevalent this ...

Every Church Is at Risk for Fraud. Here’s Why. 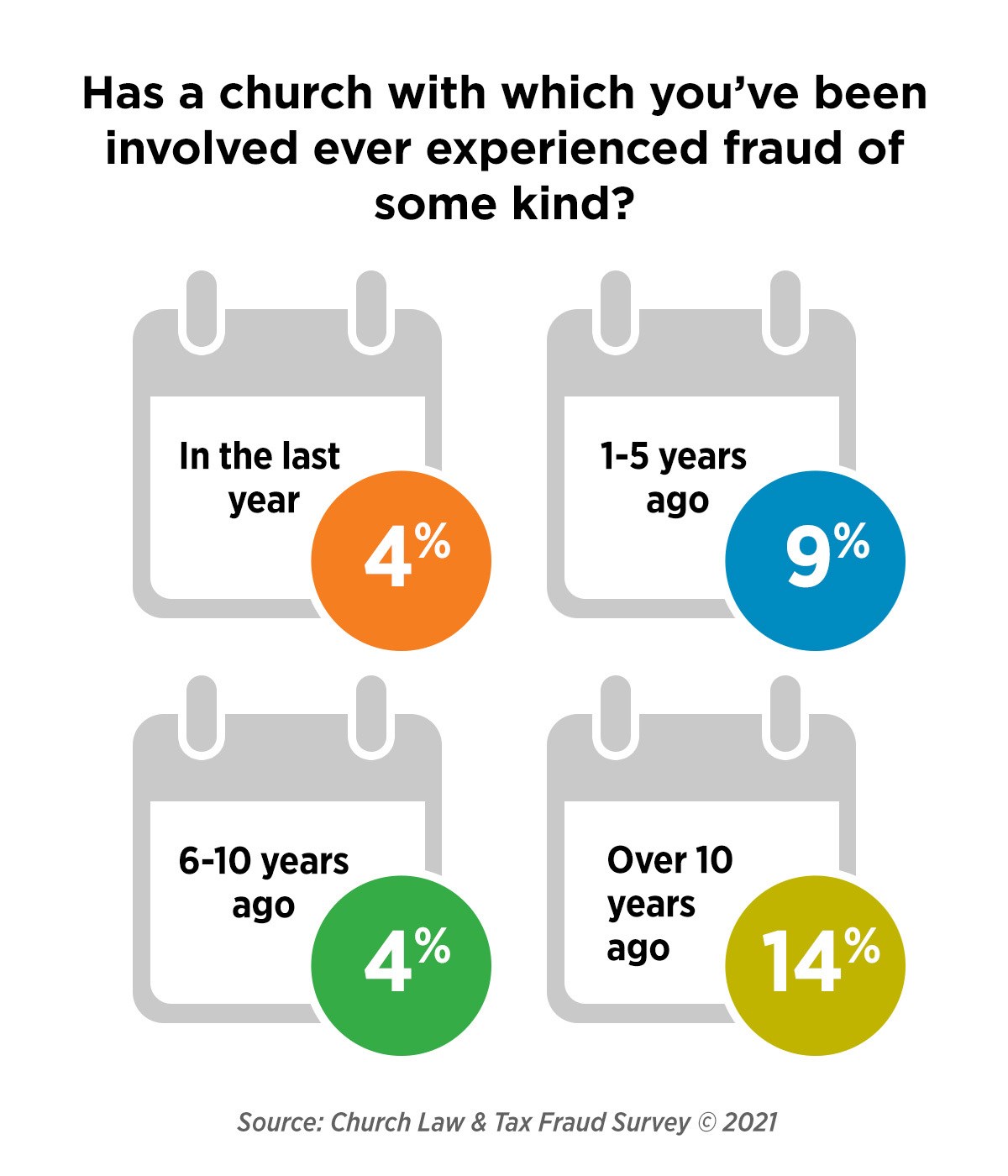